An "Out of the Box" technique tutorial

I have been on a roller coaster ride for the last week around here.  I had mentioned that my dad was having his second knee replacement surgery.  Well we thought everything was going fine and they sent him home after lunch on Saturday.  Around 7 p.m. he was running a high fever and was advised to go to the Emergency Room.  As anyone who's ever gone to the ER knows, it will NOT be a fast trip.  LOL  Well, the fever became the least of our worries because he went in to an irregular heart rhythm.  They ended up putting him in ICU and he's still there.  The cardio doc says it's nothing life threatening, but obviously needs to be brought under control.  Weekends aren't the best time to get lots of answers from the doctors so hopefully we'll know more today.  I'd appreciate it if you would keep him and us in your prayers.
One of the comments on my "Watchin' the Flutterby's" card last week was a request to show how to do the Out of the Box technique.  There are lots of great tutorials out there on this technique, but since several of you asked for more tutorials I figured I'd throw my own version into the lot.  This is a very simple technique that can really add a lot of interest to your card.  So here we go.

1.  Supplies.  You'll need your stamped image, a die, scissors, and a pencil. 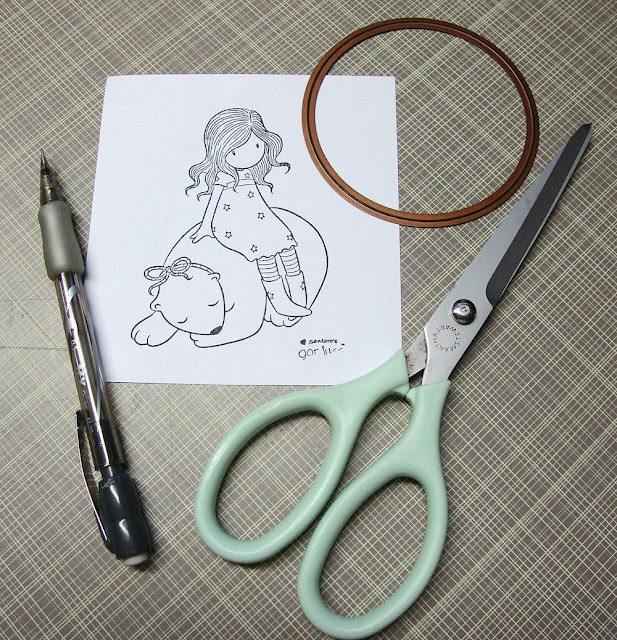 2.  Place your die, cutting side up, over your image and decide where you'd like it to be.  Placing the die cutting side up will make it a bit easier to judge where your cutting line will fall. 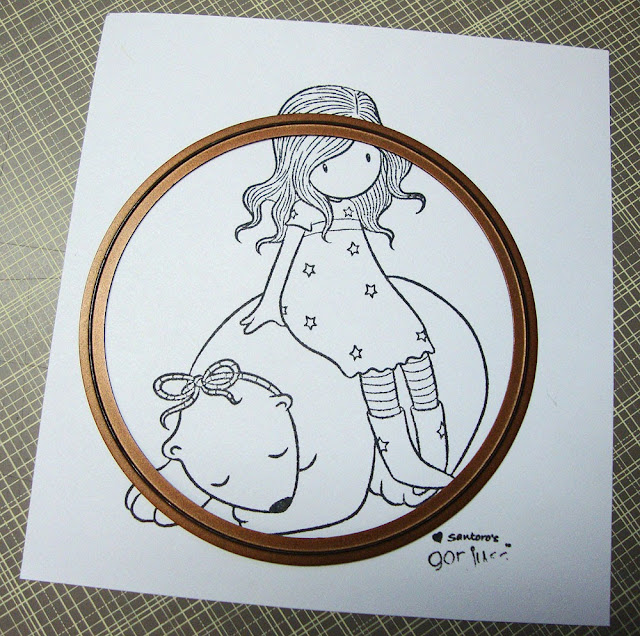 3.  With your pencil, lightly trace along the inside edge of the die next to the parts that will be sticking out.  You can trace along the whole inside circle, but it's not necessary. 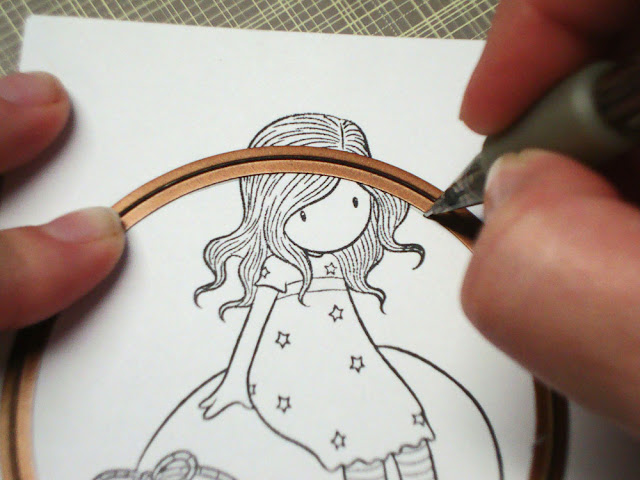 4.  Here's what you'll have after the tracing. 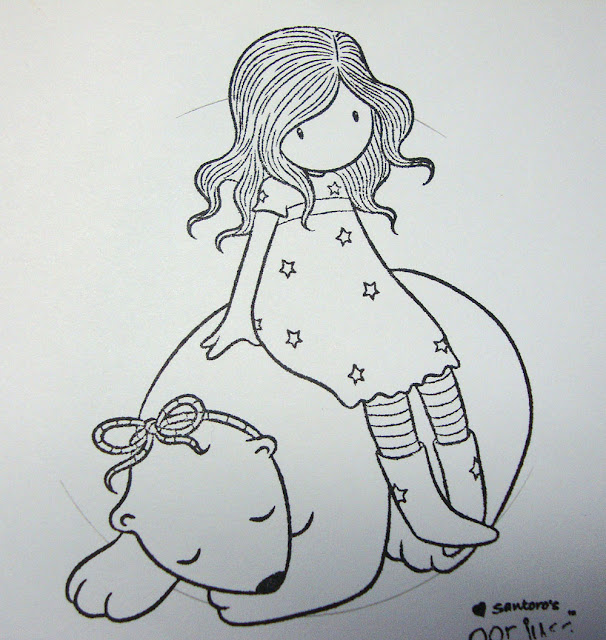 5.  Remember, the line you just traced is NOT the cutting line.  You're die will cut a little less than an 1/8" further out from the drawn line.  In the photo you'll see that I penciled in a dotted line roughly an 1/8" out from my first line.  This isn't necessary, but it sure helps you to cut more precisely.  The arrows indicate where you will start cutting in.  It's necessary to cut straight in or you will have a visible cut line in your image edge. 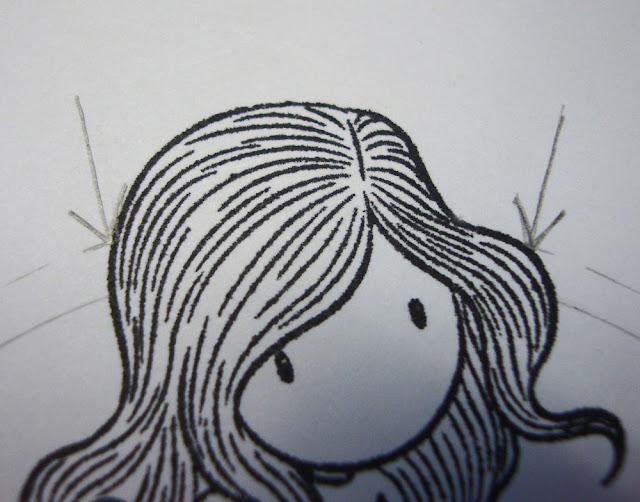 6.  This photo show everywhere that I have determined I will need to cut. 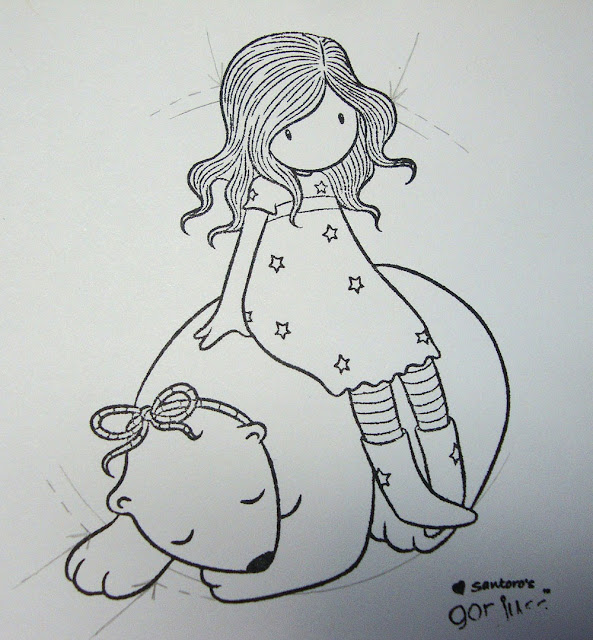 7.  Time to cut!  If you follow the arrow down to the dotted line you should have an invisible cutting line when finished.  Simply continue cutting until you reach your original traced line.  That's as far in as you want or need to go. 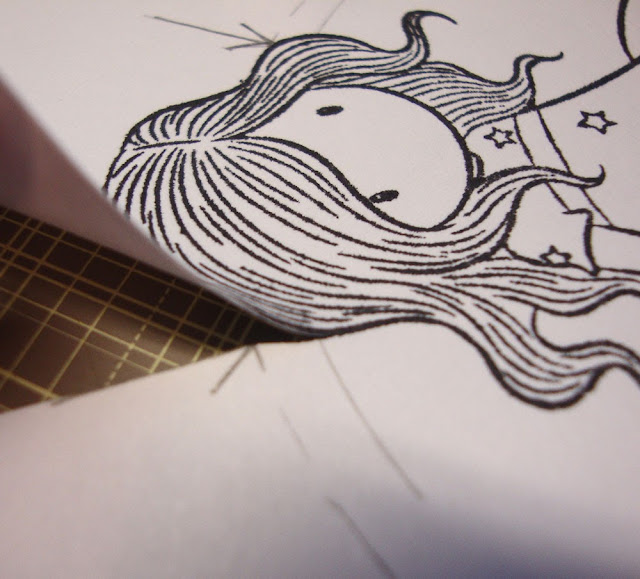 8.  Once you've made all your cuts you'll be able to slip the die under the cut outs and line it back up perfectly with your inside pencil marks.  Make sure your die is now cutting side down. 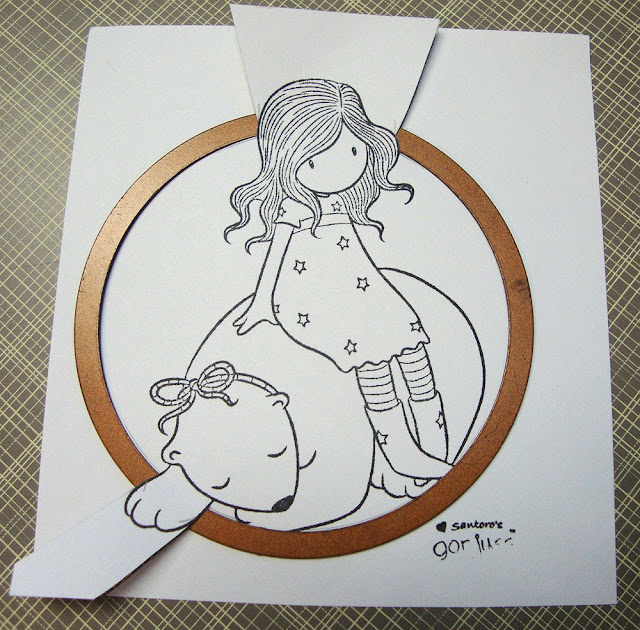 9.  Run the image and die through your cutting machine. 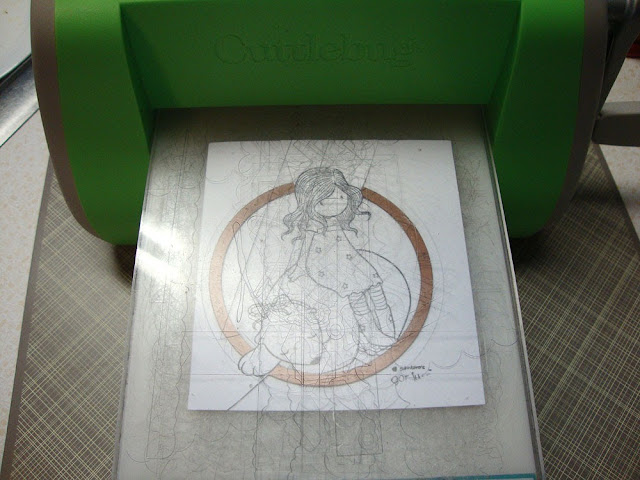 10.  This is what you will end up with and then all you have to do is finish trimming around the hair and paw. 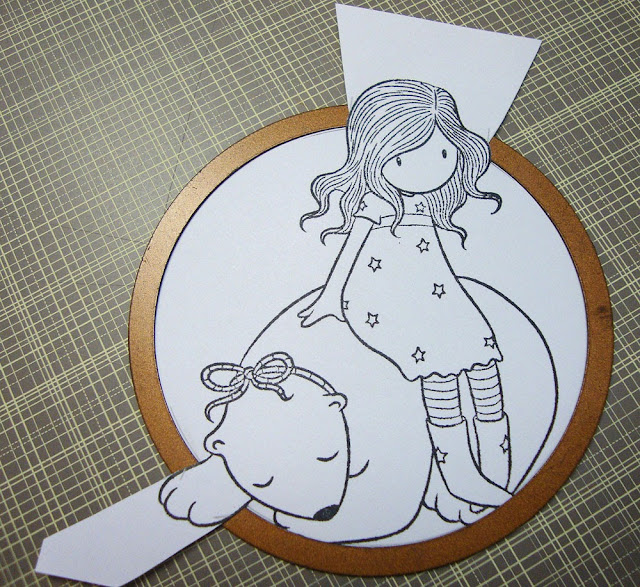 11.  You'll end up with a trimmed, ready to use image with some parts sticking Out of the Box errrr....circle.  hee hee 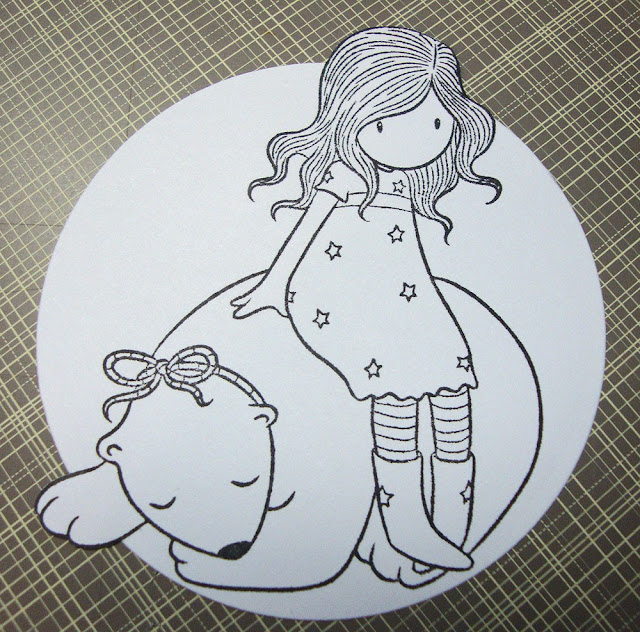 Hope this was helpful.  Have a great week!

Email ThisBlogThis!Share to TwitterShare to FacebookShare to Pinterest
Labels: tutorial

Thoughts, prayers and happy thoughts for your Dad, you and the family. I know that's got to be frustrating for everyone and I hope that today the doctor brings you some good news!
Hugs to you my friend and thank you for the wonderful tutorial :)
Twang

Tracy, I'm so sorry to hear about your dad's setback. I'm sending heaps of healing and positive thoughts and wishes to him and hugs to you. Are they there yet?

Excellent tutorial. You make it very clear and break it into simple steps. Thanks for that.

Keeping your Dad and family in my prayers, Tracy. Hope you get some answers and he has a complete and quick recovery from this setback. Thanks for the tutorial!

Oh dear, what a fright! I hope your dad will recover quickly, Tracy! I keep my fingers crossed for him and I will definitely have you and your family in my thoughts.
Sending you the biggest hugs
Anja

PS: And thank you so much for your tutorial!

Oh, Tracy! My thoughts and prayers are with you and your family right now. Hope the doctors get your dad's heartbeat back under control today. Hugs to you.
And thanks so much for sharing the tips on this fun technique. LOVE it!

Oh, so sorry to hear about your dear dad, it must have been a worrying time for you all. My thoughts and prayers for a speedy recovery.
Thank you for a fabulous tutorial.
Take care, sending you hugs
Sue xx

I loved the way you do your tutorials, very insperational.
I am a follower now. on Youtube i was it earlyer.
Hugs Astrid

Hi Tracy, thanks for your tutorial xx
Sorry to hear about your Dad, You must be so worried. You can be assured that you are all in our daily prayers, especially your dear Dad. Thank you for sharing so that we can add our prayers.
Huge Hugs Mau xx

YOu have explained it so well!!
Cheers
Dr Sonia

Hi Tracy! Your dad and your family are in my thoughts and prayers. I hope he gets well pretty soon. Thanks for this fabulous tutorial, I am certainly going to try it. Big hug, Ivonne

So sorry to hear about your dad Tracy, really hope that he will recover soon and send lots of love and hugs your way. Thanks for sharing this fab tut, it's great! Hugs, Ira x
Ira’s Crea Corner

Great lesson, Tracy! Thank you! I will pray for continued healing for your Dad! :o)

Oh, praying for your Dad, Tracy! I'm so sorry.

And your tutorial is fantastic! LOVE! TFS!

Tracy you're in my thoughts and prayers. Praying for a complete and speedy recovery for your father.

Thanks for the tutorial it was great! Have a safe upcoming holiday.

Thanks again for this tute... Will have to add it to my bookmarks -- I'm extremely thick headed when it comes to this technique !!
:)) xo

Oh, how cool is that !!!! :-D Thank you for showing me this. xoxox
I hope your Father recovers soon and gets out of hospital :-)

Great tutorial. Hoping and praying all is well with your dad. Thank you.