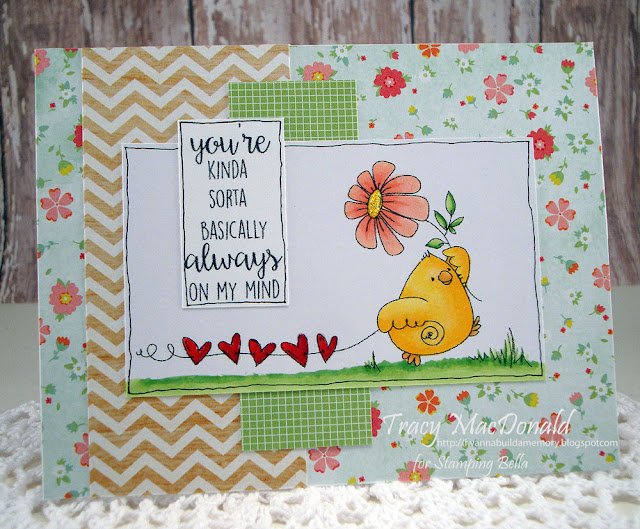 Well goodness, gracious, gravy on a biscuit.  Have you been checking out the sneak peeks for all the new releases from Stamping Bella?  I'm not sure how Em does it but her artists keep coming up with the most adorable images.
Today I have two to share with you featuring the adorable chicks.  First up is Marching Chick.  This cutie has a pretty bloom and a fun string full of hearts to carry in his very own parade. 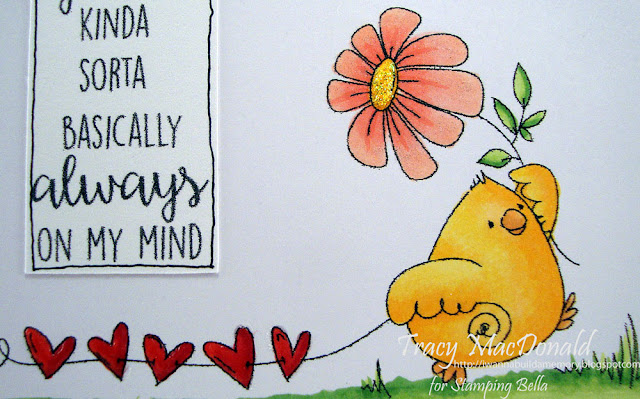 Next up we have Budding Chick. 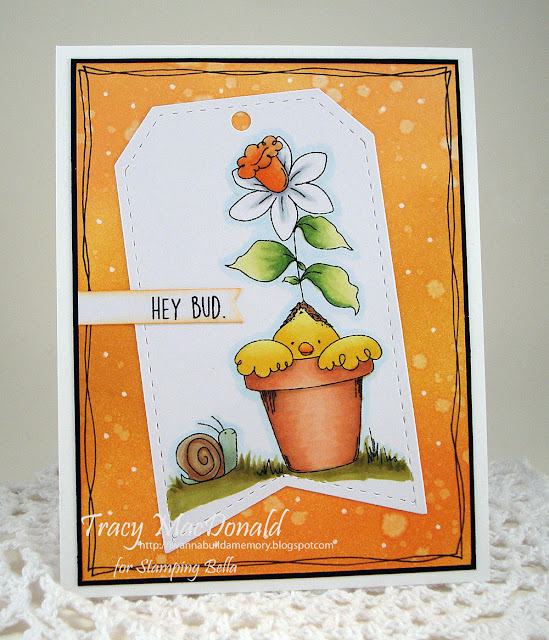 Isn't he precious!  I inked up the background panel with Distress inks and then splattered it with water from a paint brush.  I also added a few white dots with a gel pen. 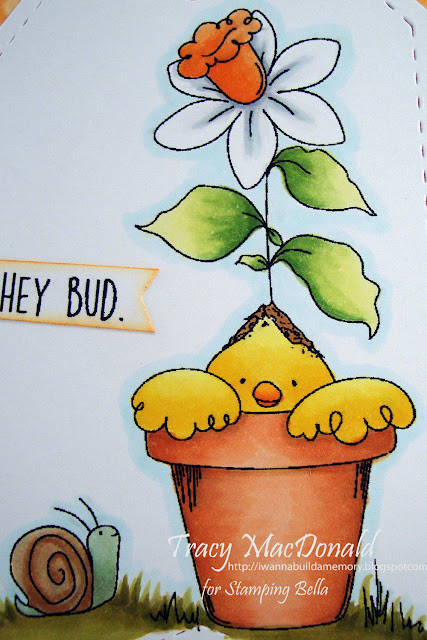 There are more chicks to come plus lots of other totally cute stuff.  You'll find some here and you can find them all previewed over at Blogabella through release day on February 23rd.
Get out your paper and pencil and start making your list!
Be blessed!

Both are super cute and fabulous Tracy. Love these little chick characters and your beautiful colouring of them.
Lorraine

These are so cute!

Oh, Tracy, what adorable chicks!! Hehe, I love them both! Yes, Em's artists are amazing and just delight us. And wow, I always love your fabulous coloring! What sweet layouts, along with your great doodled frames - I need to practice them, because yours inspire me so! Hugs, sweet friend!

Eeeek! These are just adorable! Love that sentiment of the first one and the cute image on the second one has my heart!

I love your cards so much, Tracy! I know I am a broken record.... but you are absolutely amazing, my friend!!

I love these little chicks - they are just so darn cute. I'm so glad Emily brought back these cuties again! Fabulous cards as always Tracy, love the doodled frames and wonderful colouring!

Such pretty cards! The sentiment on the first one is so fun! :o)

2 adorable cards, they are both so fabulous x

These little chicks are irresistibly CUTE! And those sentiments... SO FUN! Darling creations, my dear!